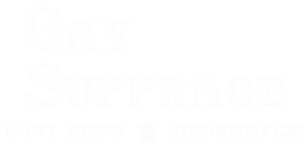 REMEMBERING the victims of the orlando shooting

gay suffrage has dedicated AN entire page to remember the victims of this HORRIFIC event
Ban the AR-15 from Civilian Ownership. ​click here to sign the petition.

Let us remember who was lost.
Gay Suffrage refuses to acknowledge any news on the shooter and to focus on the victims, they are the ones we wish to remember.

Meet some of the Heroes